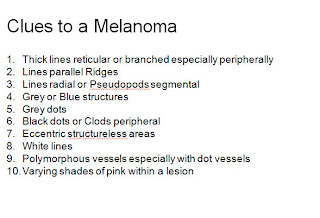 View this YouTube video on Melanoma, mainly in situ. Click on the arrow and when it starts go to the bottom of the screen and change the 360 resolution to 1080 and then click on the box with the arrows pointing out to enlarge to full screen. These videos are recorded in high definition which makes for great viewing if you have a fast broadband connection. Press ESC on your keyboard to return to normal size.

We can show melanoma with each of the structures mentioned below but most melanomas have a mixture of structures or clues and several colours. With that in mind consider the following examples and also look again at the video on Clues to Melanoma. 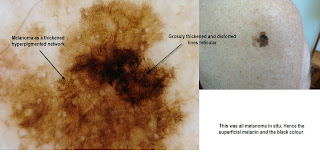 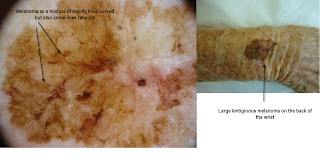 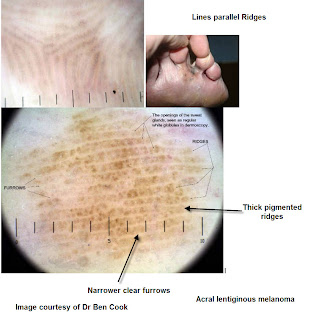 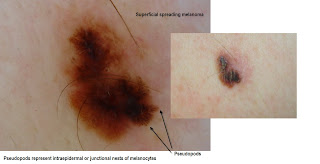 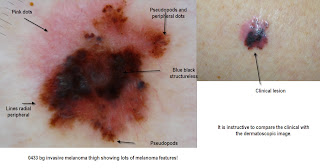 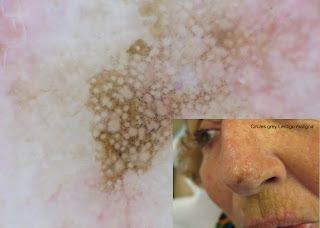 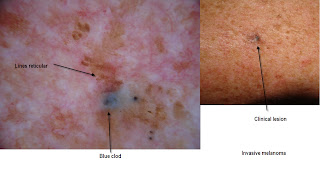 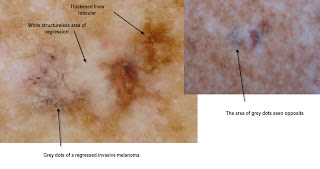 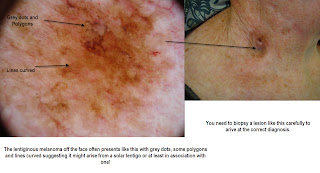 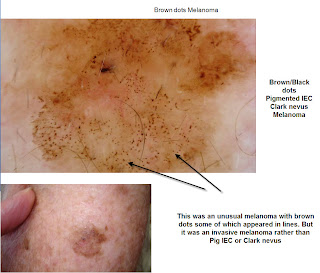 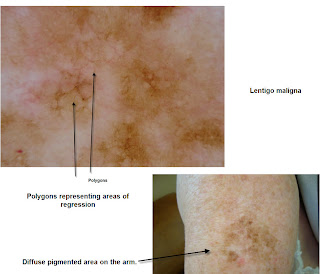 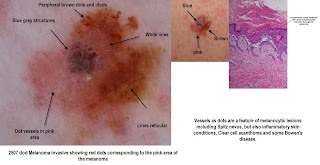 Melanoma as polymorphic vessels plus dots 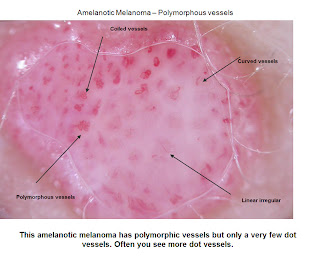